I played Women’s Professional Football. As a Middle Linebacker for the Toledo Troopers, who played every game, I could have sustained a concussion in the three years I played. I did not. 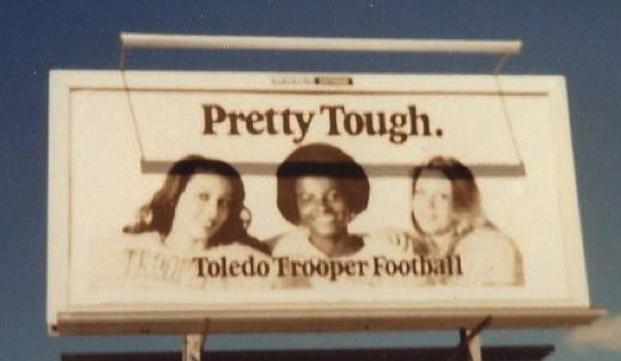 And, a year ago, here in Pagosa Springs, while coming home and climbing a hill after dark, the sentry light behind me went dark. I fell. Hit a rock and was knocked out for over two hours. Didn’t even know I was unconscious until the next morning when the ER doc questioned me about the accident. The eyesight difficulties, headaches, fatigue and focus strain were not easy for me to deal with. Also, still I have problems with being patient with hassles, loud noises and onerous people. I’m getting better and have dropped out of the medical model because they give me drugs that make me “foggy”; and I have a hard time thinking clearly. I need to think! And, I like to think, analyze and evaluate. I love to write too. Wow, these are the things that I was having an arduous time doing. What a bummer!

I looked up “concussions”. There was a big case brought by NFL players. And, the U.S. Supreme Court recently ruled on a Settlement Offer that had been thoroughly litigated through the Appeals Courts. The Settlement was approved by the U.S. Supreme Court. Probably, this is a good decision. The data shows that players have developed TBI (Traumatic Brain Injury), which include Suicide, Dementia, Alzheimers, Parkinsons and CTI (Chronic Traumatic Brain Injury) which is only diagnosed upon autopsy. Nobody wants to be dead before their malady is identified as a result of concussions in high school. This is one of the reasons that the settlement was objected to by players who don’t know if they will develop CTI.

After pondering the Supreme Court’s Order approving the settlement agreement, I’m wondering! I know it’s important to recognize how competitive sports are serious parts of our society, I wonder if we promote money, winning at all costs and power over the welfare of our people, communities, natural surroundings and overall advancement of caring, compassion and cooperation. What do we really want for ourselves and progeny?

Eight years ago I wrote a book, “The 7 Laws of Inner Peace”. Why? Because I was pondering how I could be a lawyer representing a husband/guardian of a comatose-like person being kept alive on a feeding tube, and knowing that the case could have been settled easily, but others had ulterior interests. The case went to the highest court and the woman remained in a vegetative state for years.

Are we replaying this ulterior kind of situation with respect to concussions now?

Do we want our kids and grandkids to “win at all costs”?

To sacrifice their consciousness and well-being to make billions of dollars for the owners of teams?

Yes, sports are important. But, how far do we take the gladiator attitude?

It’s all up to us. Your thoughts?

Join Constance as she leads a discussion on peace and "The Law of Giving". Produced by BBM TV (Bold … END_OF_DOCUMENT_TOKEN_TO_BE_REPLACED

LISTEN TO THE AUDIO Shocked, surprised and in disbelief. Yes, that’s how I … END_OF_DOCUMENT_TOKEN_TO_BE_REPLACED

The Chalice provides extra dimensional information and impetus to Cara. If she is to right a … END_OF_DOCUMENT_TOKEN_TO_BE_REPLACED